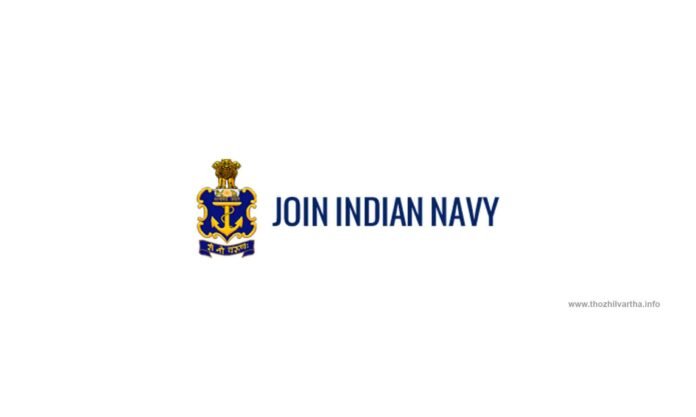 Join Indian Navy Recruitment 2022 – The Indian Navy has announced the employment notification for the post of Sailors for AA and SSR. There are a total of 2500 vacancies to be filled for these posts. Candidates who completed 10 + 2 are eligible to apply for this job. The selection will be based on the Written Examination/ Physical Fitness test/ Interview. Eligible candidates can apply through online/postal on or before 5 April 2022.

The detailed eligibility and application process are given below;

About Indian Navy : The Indian Navy is the Naval Branch of the Indian Armed Forces under the supreme commander called President of India. The Merchant Marine is the sister service of the Indian Navy to safeguard the nations. The Maratha emperor Chhatrapati Shivaji Maharaj is the father of the Indian Navy. He started the Maratha Empire in 1674 after that it established the naval force called Indian Navy. The First Squadron of fighting ships called East India Company’s marine arrived on 5 September 1612. The primary objective of the Indian navy is to identify the threat or any other issues in and from the sea. Indian Navy has 67,228 personnel, 137 ships and 235 aircraft at present. It has its own defence operations to protect the nation from enemy forces territory and trade. Objectives of the Indian Navy :-

Join Indian Navy Recruitment for Sailors for AA and SSR :

All the interested and eligible candidates can apply for these positions through online by using official website of Indian Navy on or before on or before 5 April 2022.

We provide you with the latest job news.